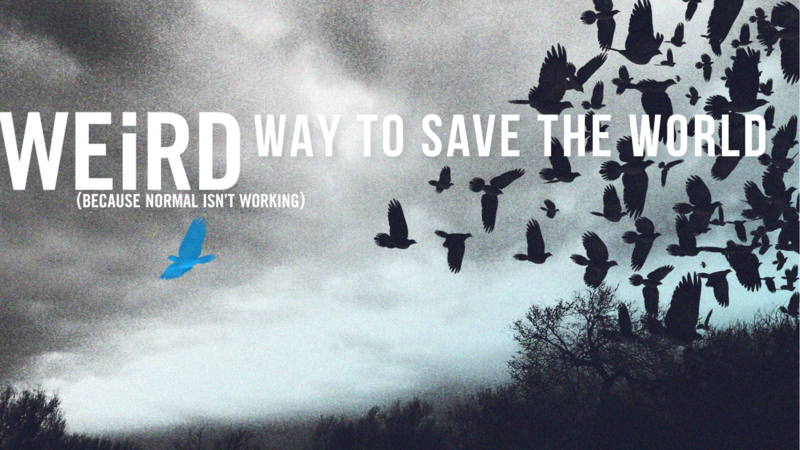 ·         It’s obvious that we live in a very fallen world and it is equally as obvious that there is little we can do to change the world.

·         In the Old Testament, God’s people had hope for a messiah that would be a political and militaristic king that would judge their enemies with mighty power.

·         Jesus was weird because he did not fit the normal picture of a messiah.

A WEiRD Way to Save The World

The Spirit of WeiRD